Json Web Tokens (JWT) are a means to send json objects between 2 parties. They can be secured with keys, so the receiver can verify the source.

It consists of a concatenation of 3 json-strings that are encoded according to an algorithm.

The first json (up to the first point) is a header with info, such as the algorithm used.

The second part is the actual data (payload) that is encoded with the algorithm from the header.

The payload may contain registered claims. The claims are only 3 characters long. This was done to keep the data as small as possible.

The third part is a mechanism to check whether the data was sent by the correct party (verify signature).

It contains a key that is known by the sender and receiver.

This is important, because if someone else would send a token, or change it, but he does not know the key, then that third-party json will not be correct, and so the recipient can know that fraud has occurred. 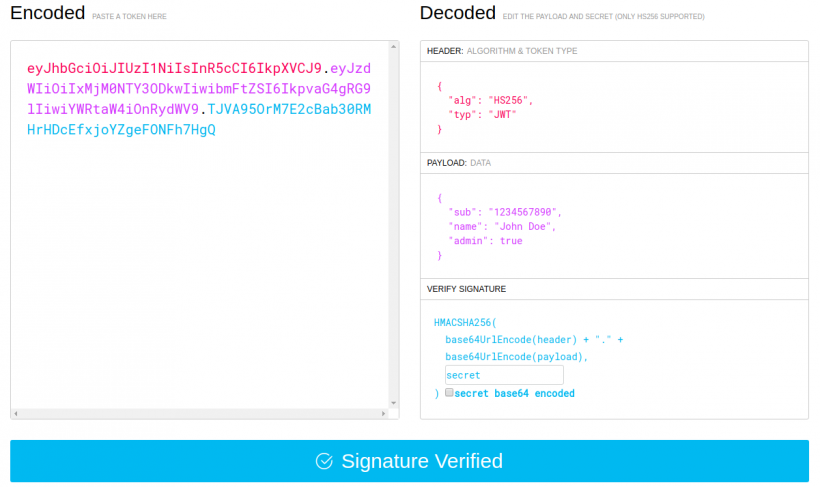 To try it out by yourself, check the official website of JSON web tokens.

This site uses Akismet to reduce spam. Learn how your comment data is processed.

Hi, my blog focuses on being a webdev and about various PHP topics .

“Could you please take that camera away and respect my privacy please?”, my cat wonders.